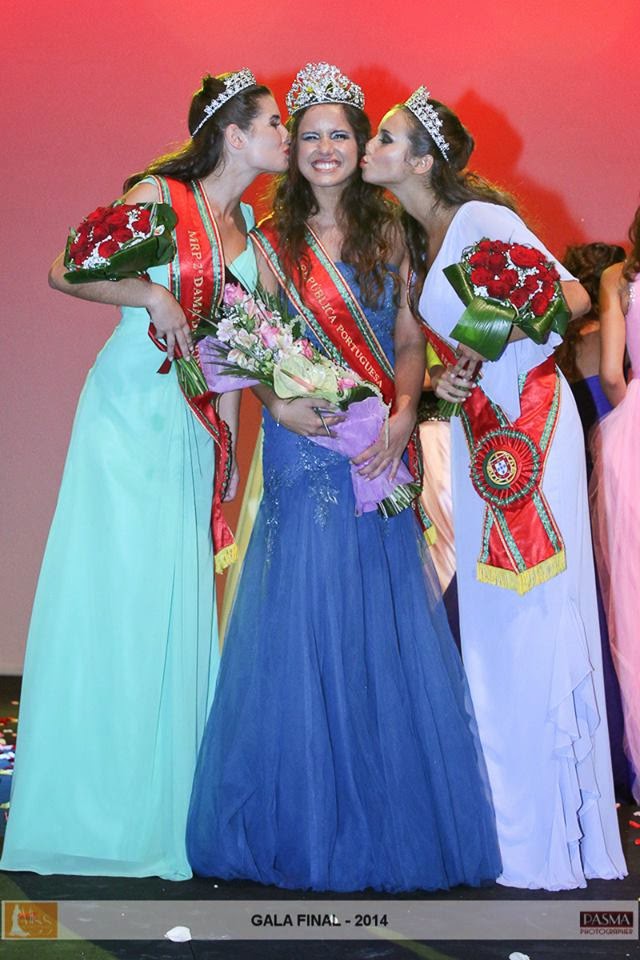 According to Global Beauties:


Catarina Sikiniotis was crowned Miss Portuguese Republic in August of 2013. She crowned her successor in September of 2014, but was supposed to compete in this year’s Miss World contest (Portugal usually sends its titleholder to Miss World in the following year). However, Sikiniotis did not feel like signing a contract with her country’s national organization. She rather chose to give away the opportunity to participate in Miss World.
For this reason, the recently crowned Miss Portuguese Republic, Zita Margarida Reis Oliveira, 24, agreed to compete in Miss World this year, instead of in 2015, replacing Cararina.
Zita is a civil engineering student who’s about to graduate, and she has the professional ambition to work internationally and help people in need. She would love to work with UN-Habitat for a better urban future.