The much-anticipated Miss World visit hit a snag on Friday after the high-powered international delegation cancelled the Nairobi tour citing insecurity. “We, the Miss World Kenya office regret to inform you that the dinner in honour of Miss World, which was to be held on April 10, 2015 has been postponed due to the British travel advisory, which has been escalated by the Garissa terror attack. We will advise you as soon as we have the new date,” said Terry Mungai, the CEO, Ashleys Ltd — the stable under which the Miss World Kenya franchise falls — in a mail forwarded to MondayBlues. The Miss World Kenya team led by the reigning queen Idah Nguma was set to host the current Miss World, Rolene Strauss from South Africa and her predecessor Megan Young from Philippines, accompanied by other international beauties in Nairobi this Thursday. 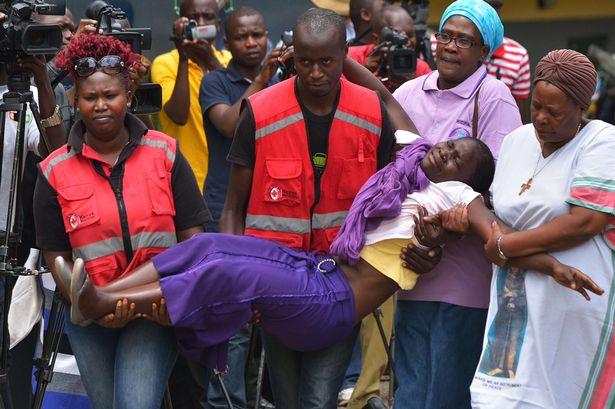 The delegation that had Julia Morley, chairperson and owner of the Miss World organisation as well as the 2014 second runner-up Elizabeth Safrit of the United States, had in their gift bag $12,000 (about Sh1 million) for Idah Nguma, cash she was expected to put into her Smile Train cleft repair charity project. “She gets $10,000 from the Miss World Beauty with a Purpose team for her Smile Train project and the other $2,000 is from Julia Morley herself,” Terry Mungai had exclusively told MondayBlues before the hitch. Idah won the hearts of all with her Beauty with a Purpose project during the the Miss World finals in London, hence the current attention by the Miss World team. “Idah’s efforts, spanning media appearances, marketing materials and corporate engagements are already making a strong impact by driving awareness and engagement in the region on the cleft repair charity drive by Smile Train,” she had added. The Miss World team was scheduled to visit Gertrude’s Children’s Hospital to see the great work Idah and the charity team are doing there before another visit to Kijabe on Saturday for similar activities. The Thursday morning Garissa University terror attack that left 147 people dead has caught the attention of the world with many international visitors cancelling their tours.

Re: Miss World Cancels trip to Kenya after Garissa Attack

What a silly desicion! Now, more than ever they should go to make a statement that terrorists can not decide the world's agenda!


Security in Kenya is now better than ever! And the British travel advosiry is based on rushed conclusions.


Why was not people advised not to go to USA after 9/11? And to France after Charlie?