The contestants modelled beautiful evening wear by Paradi Couture designer, Ernade Mujić. In addition, they wore new designs by Shooter & Timeout. The outfits were complimented by Deichmann footwear. Contestants’ make up was provided by Master Class BIH by Cristal Beauty & Make Up Bar.

Impressive music was performed by teachers and students of the Tulza Music School, Čestimir Mirko Dušek. As part of the Miss World Bosnia & Herzegovina Organisation’s Beauty With A Purpose work, they established the “We Want Your School” campaign. Čestimir Mirko Dušek was the focus of this year’s campaign. At the end of the national final, the Director of Čestimir Mirko Dušek received a cheque for 2.000 KM for essential renovation work that is required for this school to function.

Anđela Paleksić is a second year student at the Department of Serbian Language and Literature and works part time as a model. She does some English translation work too. Anđela has volunteered and worked with young people for three years. In addition, she is pursuing iconography and animation courses. 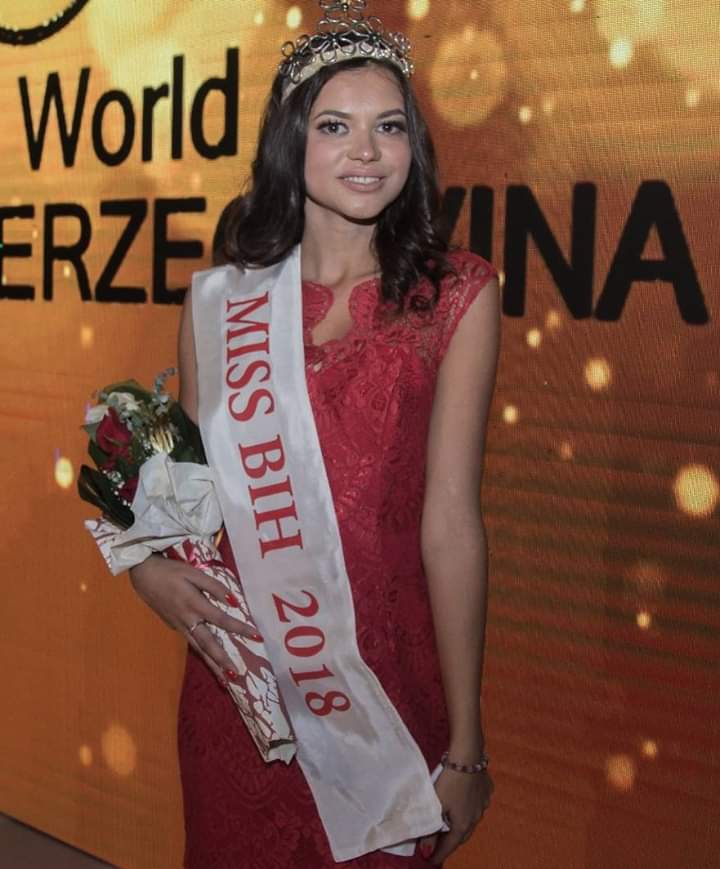