At fifteen, Daisy Reyes won Mod Cerinas de Manila pageant, her first taste of pageantry. A year after, she tried her luck at Eat Bulaga’s Beautiful Girl but failed to make it to the finals. While in college at Arellano University, a talent scout spotted the statuesque beauty and prod her to join Miss Manila pageant placing second runner-up. In 1995, she joined Mutya ng Pilipinas pageant winning second runner-up to Maricel Morales and Faith Amigo. The title Mutya ng Pilipinas Expo-International gave her the opportunity to represent the country in Miss Expo-International pageant in Ecuador that year where she landed in the top five. She joined Bb. Pilipinas a year after. Inspite of the insurmountable pressure, she stood her ground and was finally crowned Bb. Pilipinas-World and was also awarded the Best in Long Gown. She went on to compete in Miss World pageant in India representing the Philippines. Though she failed to make it to the top ten, she was adjudged Miss Personality in a bevy of 89 world beauties.


Was becoming a beauty-queen really a big dream for you?

“Not necessarily becoming a beauty-queen but I remember I have always been fascinated with the glitz and glamour of pageantry. I didn’t even think that I could join and win kasi medyo tomboyish ako nun. There were people who would normally encourage me to try pageants then pero wala lang sa akin. As you all know, we were not rich. Funny nga kasi I remember, everytime sasali ako, tatanungin ko muna kung magkano ang cash prize!I think maybe I was just reluctant to accept that it was a dream kasi nga medyo insecure ako nun... feeling ko ang pangit ko. But eventually I got convinced na rin that I can be one and so that’s when I started really taking pageants seriously. Maybe becoming a beauty-queen was more of a challenge than a dream”


You won second runner-up (Mutya Expo-International) in 1995 and you even placed 4th runner-up in the international competition. What made you join Binibining Pilipinas?

“Sabi ko nu’n, I won’t stop hangga’t wala akong national pageant title. There were some who were discouraging me then not to join anymore but I really wanted it. So even without much preparation, I went to Araneta for screening alone. Of course I was thinking then what if I won’t make it to the top ten.. kakahiya.. but I went on. Our batch (1996) was competitive. There were lots of models. Kaya nga sobrang iyak ko nun when I was named Bb. Pilipinas-World.”


You were voted as Miss Personality in Miss World pageant in India. How were you chosen?

“What happened was, they asked all candidates to pick three countries who they think has the perfect personality for the crown. Out of 89.. If I remember it right, I think, I was voted by fifty plus candidates. I was elated with that award. At least I brought something home for the country. Yedda, Aileen and I were happy with our pageants kasi somehow we performed well. Aileen was voted Miss Photogenic in Miss Universe, Yedda naman was in the top 15 and Miss Personality naman ako sa Miss World. Sabi nga sa akin nu’n ni Mrs. Araneta, You may not have won the nod of the judges, but for all the candidates, you were the winner.”


We all know that it’s not easy joining beauty pageants. What is the hardest part of it?

“Joining pageants is supposed to be fun. It is so kasi you meet and befriend a lot of people specially your fellow candidates. You spend time together during shoots, pictorials, travels, etc. But the hardest part of it is when candidates start to feel the competition and start competing during critical times. At times, you will be faced with issues being raised or used against you. The atmosphere changes really as coronation night approaches. During my time in Mutya and Binibini, while enjoying the whole pageant experience, I was also keeping a strong fighting spirit for the pageant. I wanted to win ‘coz I wanted to prove something to my detractors. But I realized I should do it not for them but for myself.”


What have you learned from all these pageant experiences?

I learned that in dreams begin responsibilities but on the other hand, lucky are those as well who dream dreams. We can keep on dreaming co’z they are free but you have to go out and do something. Turning dreams into realities entails sacrifices, hardwork and perseverance. Pageants have enriched me in a lot of ways. I have discovered more things and gone through many challenges that go with it. More than anything else, it’s what you become after that matters. In my case I have grown and become the more sensitive, independent, responsible and aware individual that I am today. If I would have to go through all those experiences again.. without batting an eyelash, I will as joining, winning and loosing in pageants were so far the most wonderful moments of my life.

• Daisy used a borrowed pair of heels during the Long Gown competition. The pair she was supposed to use was stolen right before the Long Gown segment.

• Inspite of wearing a last minute-borrowed pair of heels, she still won the Best in Long Gown award.

• She didn’t have any personal trainor nor coach to help her out during Binibining Pilipinas.

• She was dethroned for one day but was given the crown back upon explaining to BPCI why she left for the U.S (it was an engagement Daisy signed prior to joining Bb.) and upon convincing them she came back in time for some scheduled BPCI activities.

• Daisy’s roommate in Miss World was Miss Korea who was a reluctant Miss Korea, crying every night, wanting to go home.

• During Mutya ng Pilipinas, Daisy was crying in one corner during a visit to an Orphanage when an old lady approached her and offered an El Shaddai hanky saying “alam mo iha mananalo ka at sisikat ka pa.” True enough Daisy Reyes won Mutya Expo-International and Bb. Pilipinas World and forayed into showbizness, making a name for herself.

Right after her reign, Daisy was managed by ace talent manager Lolit Solis. She has done a string of movies in just a short period of time. But it was in the critically acclaimed movie “Carino Brutal” with Rossana Roces where she received praises from movie and television critics for her stellar performance. She has also done movies with some of the biggest names in Philippine movies such as Rudy Fernandez in “Palaban & Birador,” Hinahanap-Hanap Kita” with Aga Muhlach, now senator Lito Lapid in “Lisensyado” and Albert Martinez in “Scorpio Nights 2.”

Although Daisy is better known as a beauty queen and actress, music is Daisy’s first love and passion. She has been singing rock songs since twelve. Her first contest piece was “LUHA” by Sakada. At thirteen, she was part of DZRH’s “Fiesta Caravan” performing team of the late Ric Radam. When her reign as Bb. Pilipinas ended in 1997, she wanted to concentrate on her music but fate had its way. Movie and television offers came so music was set-aside temporarily. But in 2002, her dream of becoming a recording artist finally materialized when she was offered a recording deal by Dyna Records giving birth to her self-titled album. “Tayo’y Magsayawan,” the carrier single made an impression. During her acting lay low, she reconnected with her rock roots by taking up guitar and drum lessons. Together with her best friend and new-found manager John de la Vega, she then formed a band called DAZE and started doing the live performance circuit. Together with her band, Daisy has performed in various bars such as Bagaberde, Atchie’s, Friends, Aruba and Metro Phi.

The recently-released second album “Ode to the Irony of Love” took almost a year for completion. Daisy personally oversaw all aspects covering its production. The result is a whole new pop-rock-alternative album which is composed of five original compositions, three revivals and two acoustic versions. Daisy with Montage productions, secured the nods of rock goddesses Natalie Merchant and Sampaguita for her to revive their big hits “Kind and Generous” and Tao.”

“Kind and Generous” was done by Natalie Merchant after she parted ways with the legendary group 10,000 Maniacs. “Tao” on the other hand is a classic hit of the Pinoy Rock Icon Sampaguita. “Ode to the Irony of love” is produced by Montage Music and distributed by Galaxy Records with carrier single, “I’ll Never be the One” a latin pop- rock music composed by Brian Sta Ana.


Who are your musical influences?

“Aside from Sampaguita, Natalie Merchant and 10,00 Maniacs, I am also inspired by the music and style of Shakira, Sheryl Crow, Alanis Morisette and the Cranberries.”


How do you react to people’s hesitation to believe in your music?

“I understand very well their hesitation and I don’t feel bad at all about that. But I’m out to prove that I am and that I can. I’m not saying mine is a beautiful and amazing voice but mine is different . . I have my own music and style.”


“Ode to the Irony of Love” was almost one year in the making. Why that long?

“Eight months to be exact. Actually, namili talaga kami ng kanta and sobrang binusisi namin ang recording. I had to redo and redo songs from recording to mixing. We would normally finish recording around five or six in the morning. But it was a lot of fun. It was my band who played in the album. It’s as if we’re just jamming and practicing for a gig. Me and my best friend who is also my Manager, John de la Vega were too involved every step of the way. There were also some friends who helped us such as Noreen Belen and Russel Sison and other musician-friends. The results are the fast paced and funky, “Give It To Me;” pop rock “Breaking Point;” pop alternative “Dedma;” and latin rock carrier single, “Ill Never Be The One.”


Does it mean we won’t see you in TV and movies anymore?

“I’m not saying goodbye to TV and movies. If the offers are good, why not?! But at the moment I am concentrating on my music and album promotion.”


The highlight of your live performances is the Shakira medley wherein you perform some belly dancing moves. Do you wish to be the “Shakira of the Philippines”?

“Not really. I’d rather be known as Daisy the performer not as a copycat. But I really like Shakira. She’s not just a singer but a total performer and that’s what I would like to be.”


I was told the legendary Sampaguita didn’t have any second thought allowing you to revive her song Tao. How did you feel about that?

“Of course I was happy that Sampaguita allowed me to rehash her big hit, Tao. I was so surprised because I know that there have been other singers who tried to secure her nod but were turned down by her. Natalie Merchant also gave us her full blessings and did not even make us pay a single centavo for the revival of her song Kind and Generous.”

I know the name of Daisy's roommate. It's Seol Soo-jin, right? 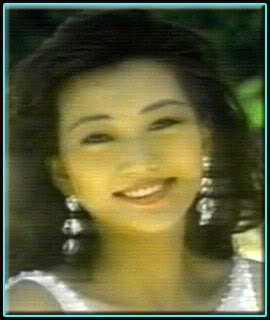