Gabrielle (Gabby) Walcott, 23, Miss Trinidad and Tobago World 2008 departs for South Africa on Friday 14th November 2008. She will arrive in Johannesburg on Sunday 16th. The Miss World 2008 finals will be on December 13th.

Gabrielle currently works closely with the Just Because Foundation, a non-profit community-based organisation founded by Chevaughn Joseph and Noel Joseph in honour of their son Jabez "JB" Joseph, who died from a rare form of cancer. The JBF provides practical and emotional support for parents and siblings of children with cancer.

Recently she has worked with Miss Trinidad & Tobago Universe Anya Ayoung Chee with the TallMan Foundation,Anya placed 17th overall in the Miss Universe 2008 Pagent. The Foundation was established for the empowerment of young people in underprivileged areas.

In 2008 the Youth of the United Nations Group of Trinidad & Tobago, (YOUNG-TT) asked Gabrielle and Anya, to be spokeswomen and champions for the fledgling group. Both young women emphatically accepted the challenge during their reign. YOUNG-TT is a youth NGO/CBO hosting some 300-plus members ranging in age from 16-24 with the aim of advocating the United Nations and the Millennium Development Goals ,(MDGS) through their demographic and networks. Gabby has been an active supporter of the organisation and was the facilitator of their 2008 MDGs & Me workshop, which brought together various stakeholders across the country to a discourse on the state of the MDGs in Trinidad and Tobago with a particular focus on youth.

GABBY'S FINAL DAYS IN T&T BEFORE HER DEPARTURE TO SOUTH AFRICA TO COMPETE FOR THE MISS WORLD 2008 TITLE
November 6th 2008: Gabby was a presenter at the Copyright organization of Trinidad and Tobago (COTT) Awards Ceremony 2008

Gabby with her national gift!

Nov. 14th 2008: Gabby was present at the opening of the JBF Paediatric Speciality Unit shortly before her departure yesterday. Have a safe trip Gabby!

Hey guys, remember these are personal shots so if the quality of some pics are not good-please understand. On an aside though, Gabby is now officially the fist Miss Trinidad and Tobago representative to promote herself using the internet (her blog) during the actual international event. 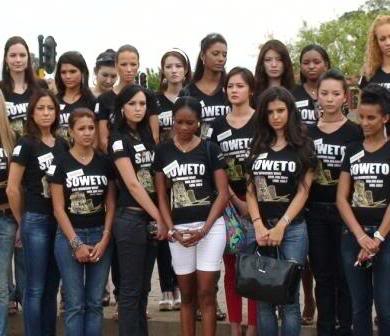 Gabby's blog photo from the visit to the Hector Pieterson Museum in Soweto.

From Wikipedia:
"Hector Pieterson (1964 – 16 June 1976) became the iconic image of the 1976 Soweto uprising in apartheid South Africa when a news photograph by Sam Nzima of the dying Hector being carried by a fellow student, was published around the world. He was killed at the age of 12 when the police opened fire on protesting students. For years, June 16 stood as a symbol of resistance to the brutality of the apartheid government. Today, it is known as National Youth Day — a day on which South Africans honour young people and bring attention to their needs."

Photo from a Ndebele village in Zebra Country Lodge

I can spot Gabby in the crowd-can you?

These photos are out of focus: 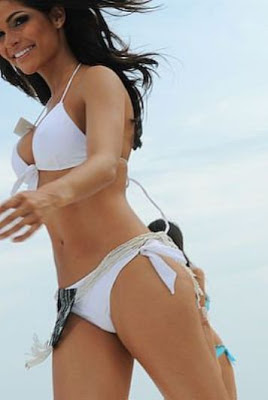 Gabby placed among the top 32 semi-finalists for the Top Model fast-track competition!