Fatma-Zohra Sabrine Chouib, 20, from Bab El Oued was crowned Miss Algeria 2014 on September 6 in Algiers. She will compete in Miss World 2014 to be held in London on December 14. Geneviève de Fontenay, the ex-director of Miss France who served as a judge, caused quite a stir when she inadvertently said "French Algeria" while on stage (Algeria is an independent country and was a former French colony). In protest, the country's Telecommunications Minister, Fatla-Zohra Derdouri, left the ballroom, followed by other VIPs. De Fontenay later clarified herself by saying, "I didn't mean to say French Algeria. I meant to say that I have always wanted a Miss France of Maghreb (Northern Africa) origin."  Yeah, whatever you say, Ginny! 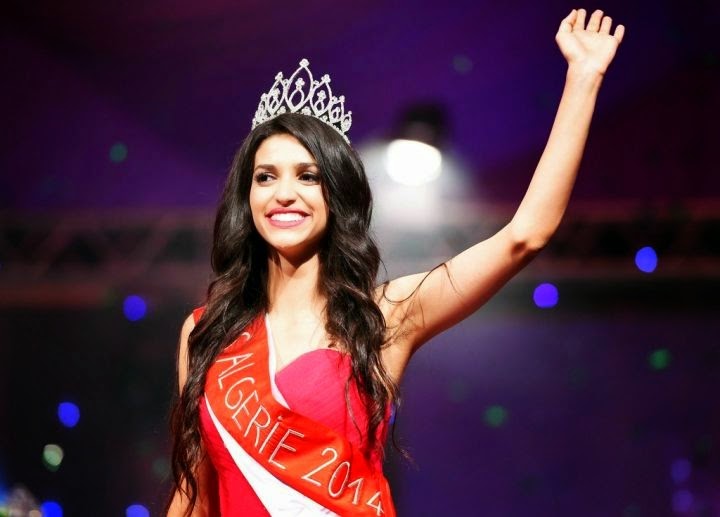