Miss ASEAN is a beauty contest for Southeast Asia was first held in 1990 under the name of Miss ASEAN. Miss ASEAN held to choose who she will become ambassador of Economic, Political, Social and Southeast Asia. The contest was attended by all ASEAN member countries. The next contest was held in 2005, but after it was not held back until now. The event was organized by the ASEAN Business and Advisory Council (ABIS).

Until now, the implementation of the ASEAN Miss persists but by various organizers, instead of 1 contest organization. 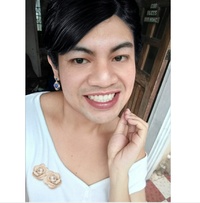