Karla Paula Ginteroy Henry (b.1986 in Cebu, Philippines) is a Filipino Canadian beauty queen and a Cebu-based model. She was crowned as Miss Earth 2008 in her home country, the Philippines where is also the headquarters of Miss Earth organization. This is the second time in a row that a Filipino and half-Canadian held the title of Miss Earth when Jessica Trisko (2007 winner) from Canada is also a Filipino-Canadian. Even one of the main hosts, including Riza Santos who represented Canada at Miss Earth 2006, also have the same Filipino-Canadian background with both Miss Earth winners, Jessica and Karla. 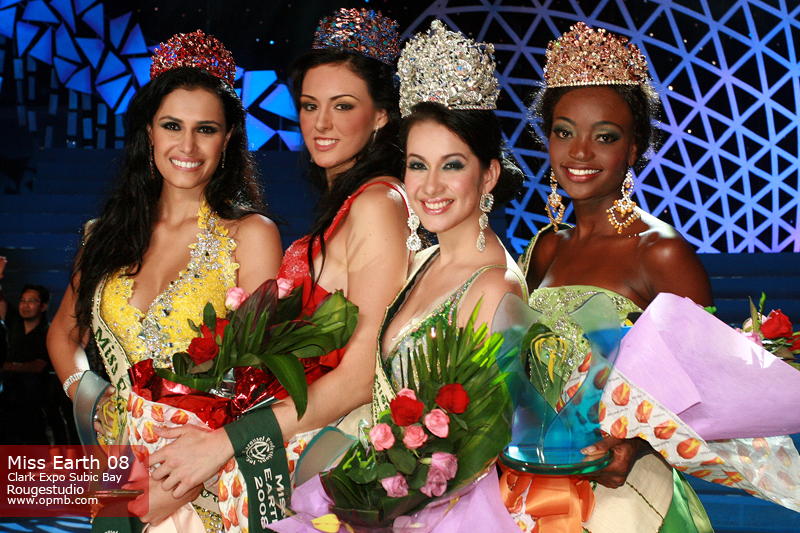 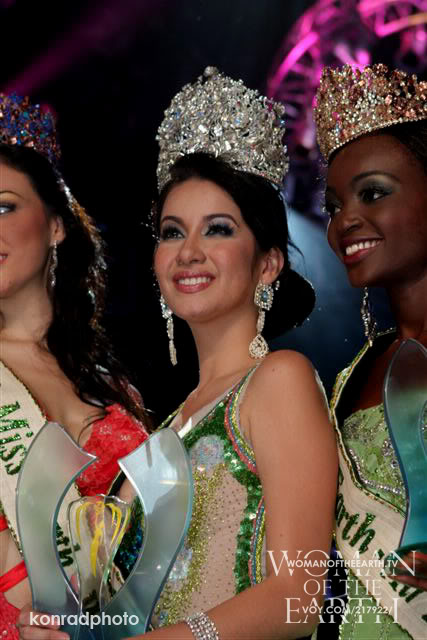 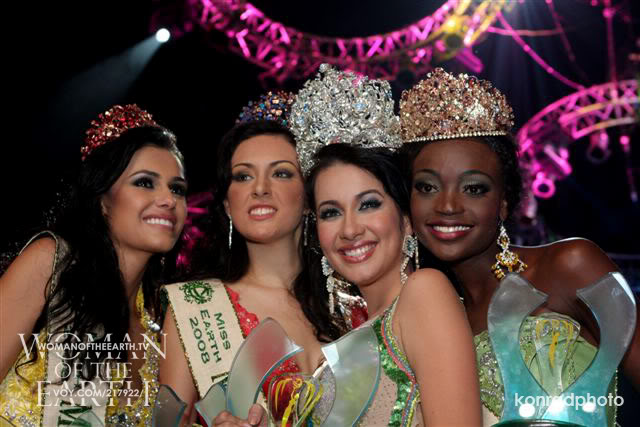 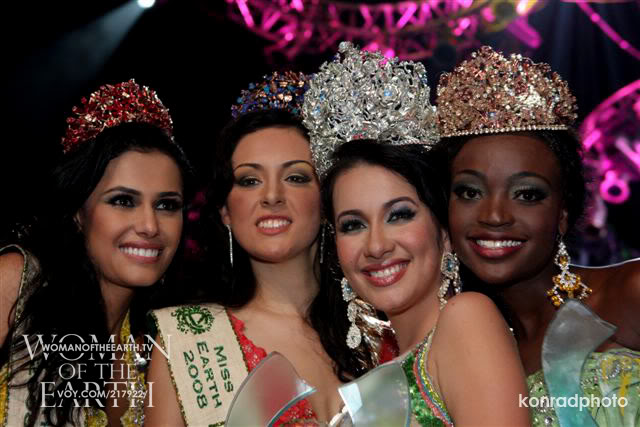 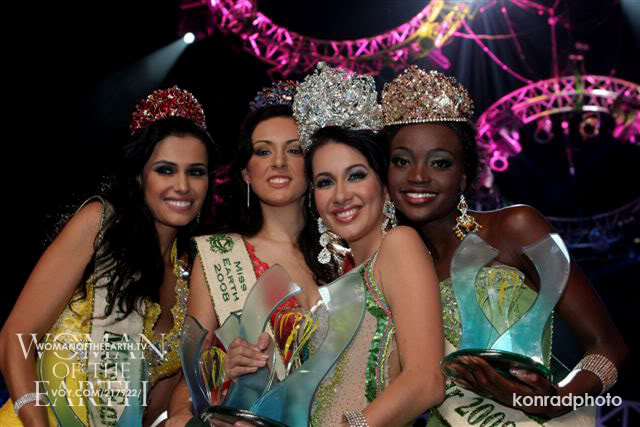 Credit:Woman of the Earth forum

Karla Paula Ginteroy Henry, the newly crowned Miss Earth 2008, is more than a pretty face for the environmental cause. She wants to get her hands dirty planting trees, cleaning up shores and educating youth in developing countries.

The Tsawwassen-raised 22-year-old not only walked away with the coveted crown, she obviously had the Filipino media eating out of her hands. “Sultry mallure, regal composure, keen intellect, disarming candidness, down-to-earth humility and genuine conviction, gushed the Manila Bulletin, when describing Henry.

Henry wants to plant 20,000 trees in the Philippines during her reign as Miss Earth 2008.“If we get others to help it should be very easy. But what my group and I are talking about is that we do it ourselves.”

“In return, the government has to make sure that the trees will not be chopped down.” Her preference for the location is: “The mountain areas of Cebu.” The island she fondly calls home has been almost completely denuded and overpopulated, rendering the island dry and hot.

Ironically, it is those same hillsides—the island’s watershed that is vital to all—that are being bulldozed and developed as luxury residences today to benefit the few. “That’s why we have our work cut out for us,” Henry said in a published interview.

Henry is the latest stunner with Canadian connections to triumph in the Miss Earth contest - which is the only beauty pageant with a cause to save mother earth. Jessica Nicole Trisko, a beauty queen from Vancouver, British Columbia, was Miss Earth 2007.

Trisko’s father is of Ukrainian-Russian heritage, and her mother is Filipino. She was the first Canadian to win the Miss Earth title. She had previously placed in the top ten at Miss Universe Canada 2007.

Filipino-Canadian beauty, Riza Santos was voted Miss Photogenic at the Miss Earth 2006 competition in the world’s third largest beauty pageant . The 20-year-old pre-med student from the University of Calgary was born and raised in Canada.Her father is a native of Malolos, Bulacan, while her mother hails from Manila.

The Philippines also found an unlikely ambassador in Bradford, Ontario beauty, Denise Garrido, the reigning Miss Canada. Garrido, 21, was one of the 85 candidates in the worldwide search for Miss Earth 2008. She won the “Miss Earth Puerto Princesa” title during the Swimsuit Competition held at the Puerto Princesa Subterranean River National Park. The statuesque Laurentian University graduate is the daughter of Portuguese immigrants to Canada.

Katherine Erin McClure of Toronto was Miss Earth Friendship in 2005. Tanya Beatriz Munizaga, of Montreal was Best in Talent at the Miss Earth 2004 pageant. In the 2003 contest, Brooke Elizabeth Johnston of Saint Catherines, Ontario finished in the top 20.

Philippines-based Carousel Productions re-launched the annual Miss Earth contest in 2001 in an attempt to reinvent and improve the concept of beauty competitions for the new millennium. Its president, Ramon S. Monzon wanted this year’s contestants will be more aggressive in promoting the causes of Miss Earth.And in Henry, the Miss Earth 2008, he has got what he aimed for.

“As I went through the pageant, the schools and barangays we visited and the environmental activities we did as a candidate, it awoke something in me,” she said. “The one thing that I would like to pursue even after the pageant is the school course [Miss Earth Foundation’s I Love My Planet Earth School Tour]. They really matter. It doesn’t take a lot of your time even after your reign. We go around public school once a week a teach grade-school kids,” she says.

“There is a lack of awareness about climate change and global warming even in some private schools,” she notes, adding, “It’s all about promoting the green lifestyle. Of course the children aren’t the ones buying for the family. But they are innocent voices that can influence parents.”
This half-Canadian-Cebuana is quite comfortable speaking in Tagalog, despite having her formative years in British Columbia.

Born in Limay, Bataan, she was raised by her grandparents until the age of four when her family went to reside in Tsawwassen, Canada until she was 14. Upon her family’s return to the country, they first lived in Albay, Bicol for a year before residing permanently in Cebu City. Her parents seprated shortly after they returned to the Philippines.

The Miss Earth Pageant has transformed Henry’s own lifestyle as well. “The greatest change I’ve had is realizing the need for not using plastics. It’s amazing how when you buy even the smallest items in a mall, they have to put it all in plastic bags. Now I’m more conscious about these and say, ‘No, I don’t need those.’ Little things like that really matter.”

Like everthing else these days there was the Obama question for Henry. This years Miss Earth finalists were asked, “What would you tell US President-elect Barack Obama about the state of the global environment if ever you were to meet him?” Henry answered, “Environmental knowledge is something that all of us must share, but most importantly we must teach the youth that this is something that we should instill in them so that in the near future they will be the ones to take care of our mother Earth.”
Henry now intends to back her winning answer with her actions.

Thanks to Woman of the Earth 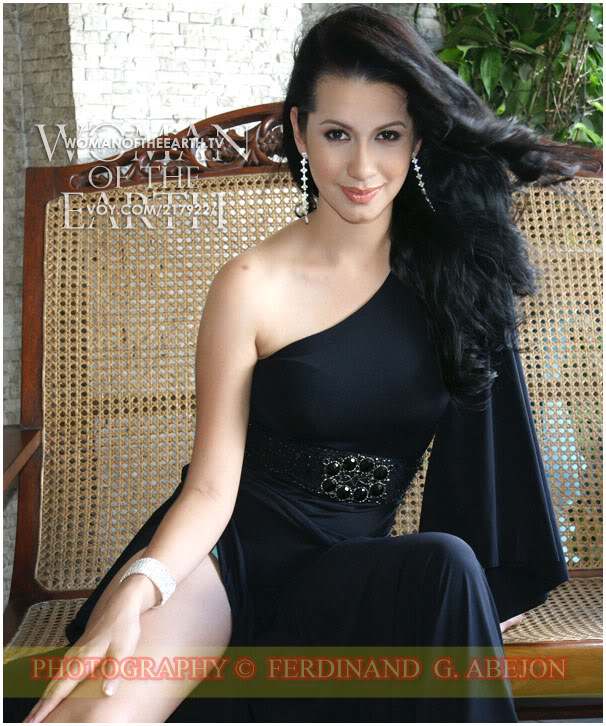 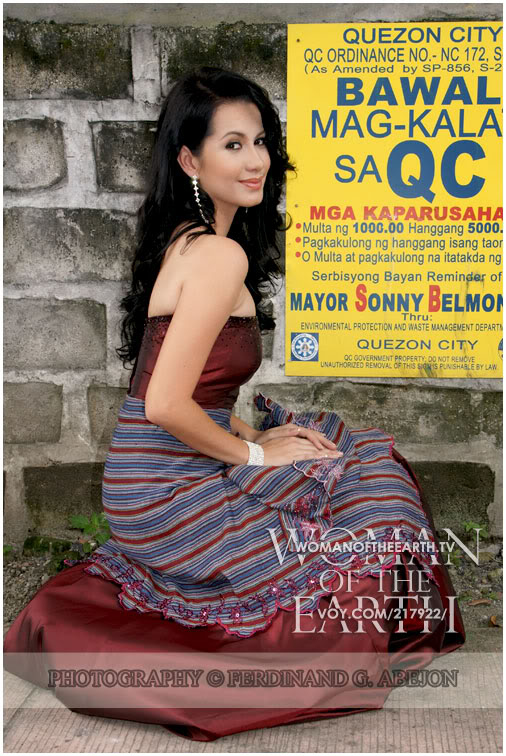 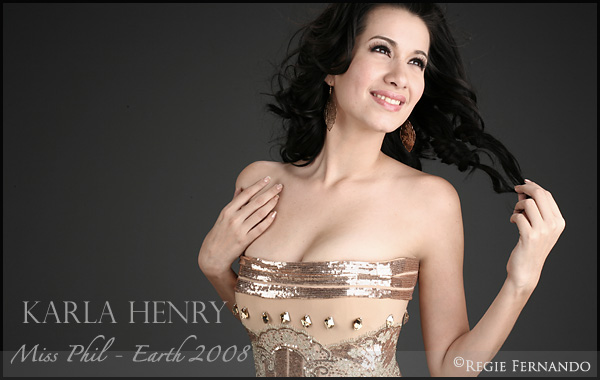 Absolutely. It´s hard to recognize who i who when the year on their sashes is not visible

ME should hire new photographers

Miss Earth organizers should hire a new photographer. Someone who know how to hype the ME winner so KArla wont get bashed that she is ugly. Because in person she is really pretty. The photos do not do justice. If there is one thing that was not fair in ME 2008 that was the miss photogenic award being decided by a majority of filipino press.

Absolutely. It´s hard to recognize who i who when the year on their sashes is not visible

cuz i do not understand why the jury has chosen such "beauties" to top 4 ...

cuz i do not understand why the jury has chosen such "beauties" to top 4 ...

Maybe such 'beauties' appeal to them. Too bad we were not there to judge them ourselves.

me too, they eliminated Romania and Spain in the semi-finals so karla would face less competition

me too, they eliminated Romania and Spain in the semi-finals so karla would face less competition

They eliminated them because they did not perform better than Karla. Can you guys live with that? I do not find it ethical to say a candidate is gorgeous in the beginning and say the opposite when she won. That's a total hypocrisy.