It's high time to begin Miss Universe 2017 Hot Picks! I invite all of you to post here or send me by private message your TOP 13 until the end of Thursday, September 7th!

Here are the official contestants so far:
2017 CONTESTANTS

In previous 3 editions my number 1 was always Colombia, but not this time 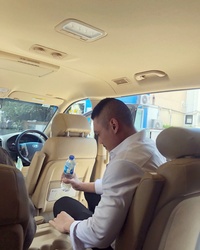 Here are my choices and I'd be happy with any of them winning the crown:

Thank you for your votes!

Special thanks to mr_electriccat for the wonderful banner!

I would never put South Africa that high, she is plain , but tastes differ

The Top 6 is perfect! And the Top 3 is wonderful!. I really Love Thailand and South Africa as Miss Universe 2017 is very deserving

darkvindak wrote:I would never put South Africa that high, she is plain , but tastes differ

I would never say that she is plain. You were the only one, who put her out of top 3

There a good choice here, but this year there is a weak composition, while South Africa is one of the main contenders for the crown

darkvindak wrote:I would never put South Africa that high, she is plain , but tastes differ

I would never say that she is plain. You were the only one, who put her out of top 3

I never had her on my mind, then I saw that everyone have her high so I looked a lot of photos of her, also I watched a videos, and try to see what people see at her and I didnt find it. Yes she look great on many profesional photos but not in candids, in candid photos she looks pretty ordinary to me. She is not the girl who could catch my attention. Although I put her in top 10, I must say that she could easly be even out of my top 13 ... But she may change my opinion when I see her in competitin, we'll see.

Esther wrote:There a good choice here, but this year there is a weak composition, while South Africa is one of the main contenders for the crown


I would love to see South Africa as Miss Universe 2017 since the last time they won was in 1978. But It's also refreshing if A new country will gonna win like Great Britain , Indonesia , Montenegro, Haiti or any other countries - I like Ireland too she look like a Hollywood actress to me. The last time a new country won Miss Universe was in 2011 (Angola)


Thailand is very strong for the past 3 years and they might win their third crown this year.


France is very successful since 2009 they missed placement only in 2013 when the main Miss France winner competed in Miss World 2013 (What if it's the other way around). I like Miss France this year and a back to back is possible


Colombia is weak and boring for me


And to our representative - If she will not perform well we still have a chance which is the Online voting hahaha. So yes Philippines might still be in the Top 13 and so the USA


I want to see Israel in the Top list , it will be refreshing to see countries who haven't place for awhile.

I am always excited for Miss Universe every year but I hope the one by one performance in Swimsuit and Gown will be back!