Note: This is according to my Knowledge in Bb Pilipinas , maybe im wrong in some part (I dont want to assume as i was a Pageant Expert)

and sorry for my poor English

From the Road to Bb Pilipinas 2012 Thread I created, some Heavy names was mentioned to compete this year edition like Megan Young, Valerie Weignamnn, Karina Cabiling, Linda Buckland, Samantha Lewis, the comeback beauties of MJ Lastimosa & Janine Tugonon who was the Runners up last year , and it's now a trending that the previous runners up will resign just to compete again... Nicole Schmitz is one of the girl im waiting for and im glad she's back this year Edition.


30 Official Delegates was Selected, and No Megan,No Valerie, No Samantha, No Karina etc.. Some says this batch is weak..but for me this is better than the other Edition of BB

The 30 Official Candidates according to their STATUS

Very Likely will snatch 1 of the crown

Note: Maxine Medina was disqualified due to her existing endorsement contract

Elaine Moll was the tallest 5'10 but it doesnt mean she's the clear winner for the Bb Pil -Universe title, she reminds me of Gwendoline Ruais in 2010 the tallest with a height of 6'0 feet but lack of spark and energy that's why she end as semifinalist only

Sometimes were just looking with their looks but never consider their age since some of us dont care at all. Age is also important in this pageant.

17 years old is not qualified for the Bb Pilipinas-Universe Title . So Nicole Marable is out in this title.

25 years old is not qualified for the Bb Pilipinas-International title (although 25 yrs old are qualified in MI title but since they might turn 26 this year so they dont have chance for this title anymore). But who knows?

24 yrs old is 50/50 for the Bb Pilipinas-International Title. This is my thought since last year Isabella ranking is higher than Dianne but Dianne Necio snatch this title instead of Isabella since she's now 24 and Dianne is only 18. I think they prefer younger girls for this title.

23 below has 100% chances for the Bb Pilipinas - International title. But 20 Below is 50/50 in Bb Pilipinas-Universe title (WHY), maybe because they dont have yet credentials and still studying... and some are fresh HS graduate.. It feels like they are also applying a job and those who are already professionals, Cumlaude graduate, has more chances for the Bb Pil-U title and of course most of them are 21 to 25 yrs old.

With Foreign Blood, mestiza looks, or had been raised abroad.

Mestiza Beauty are usually send in Miss International pageant, in this century only 2 in my list that was classified as mestiza who snatch the Bb Pilipinas-Universe title (Gionna Cabrerea in 2005 & Venus Raj in 2010)

I included Mj here although she had an Arab descent still i find her skin dusky. As well as Katrina (actually i think Katrina is pure Filipina only she was raised in America and speak fluent English.

Morena beauty is IN and has more chances for the Bb Pilipinas-Universe than Bb Pilipinas-International Title.

Some Morena beauty was send in Miss Universe this century are

And some Morena beauty was send in Miss International

Oriental beauty, those who has a fair complexion and porcelain skin. With Malay descent

This type of beauty is In in any of the title... but some oriental beauty looks latina like Shamcey Supsup, maybe because of the latination of our candidate before competing in Miss Universe where they need to go in Colombia or Venezuela as part of their training.

Returnees Runner's Up in History:

But not all the time that RU who competed again will automatically snatch one of the crown, like what happened to Aby Cruz (2nd RU in 2007 but not even in the semifinalist in 2009)

So lets Give Bonus Points to Mj & Janine

Patricia Ejercitado this year will try her luck (She's one of the favorite for the crown lets see if she will be the next Lara.

Those who competed in other well known National Pageants.

Miss Bicolandia is one of the most prestigious regional pageant were some winners and runners up here did very well in Bb Pilipinas like Melody Gershbach, Venus Raj, Dianne Necio, Tabetha Jo Frick... lets see if Roxane Jesalva will do the same thing this year...

some girls already competed in some minor pageants... plus factor but it doesnt mean they will snatch 1 of the crown...

This two girls (there are rumor that they are not qualified for the Bb Pilipinas - Universe title because of citizenship issue, im not sure if this issue was true..anyway both of them won title abroad...

Every Province and city has Provincial pageants but not all Province participate in Bb Pilipinas.

Some of them dont have yet experience in beauty pageants, some of them maybe a little bit from their schools. Newbie in pageants can also snatch one of the crown like Shamcey Supsup & Isabella Manjon last year.. It's just a matter of luck.

This is a plus factor specially for the Bb Pilipinas-Universe title. Well known and Top Universities in the Philippines are UP (University of the Philippines), Ateneo de Manila, University of Sto Tomas (UST), De lasalle University. Undergraduate and Fresh HS graduate not included (some dont have educational background on their profile)

*Background of past Bb Pil-Universe Titleholder

No bearing. In 2010 I predicted Nicolette Henson to snatch this award. last year this award were unannounced but according to wikipedia Arabela Hanesh was the Miss Photogenic

This is one of the most important special award.. those who will get this is automatic part of the Top 5... or will snatch 1 of the crown...maybe because of the prize.

Miss PAL this past few years

Girls competing in Bb Pilipinas was under in different Camps who trained them, enhance them that's why before screening they are already pageant ready.

Independent girls has less chances but not all the time.. they might pull a surprise like Carla Balingit in 2003.

For the Bb Pilipinas - Universe

One of them will be this year Bb Pilipinas - Universe


For the Bb Pilipinas - International

For the Bb Pilipinas - Tourism

Giselle Munoz - With her credentials, Intelligence. if this girl will enter the semis..then she might rank #1 on the Q&A portion and there is possibility that she might be a runner up.

The rest is possible runner up... Possible Semifinalist (so many girls so little space in the semis so this girls is 50/50 but might pull a surprise)

Every year so many wasted beauties in Bb, some of them are favorites, but sometimes at the end they were overlook and will not able to penetrate the semis...

Thanks for reading:
BONNER 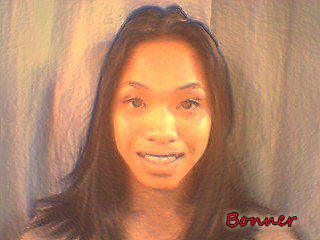 My Top 5 Best in Swimsuit (According to their performance)

Best in Swimsuit this century

(I think this segment and award started in 2010