The late Robbin on the left, Barry (the only surviving brother) & Robin's late twin brother Maurice

The founder and leader of the BEE GEES, Robin died yesterday at age 62 of colon cancer in England. This British band was founded in 1958 by Robin and his late twin brother Maurice ( who died in 2003 ). They were 4 brothers Barry, Maurice, Robin & Andy ( Andy Gibb later on went as a solo singer and sadly commited suicide in 1988 ).
The BEE GEES reached their peak in the ERA OF DISCO the 1970's with STAYING ALIVE ( From the motion picture GREASE ) MORE THAN A WOMAN, HOW DEEP IS YOUR LOVE, etc.

Here is the late Andy Gibb 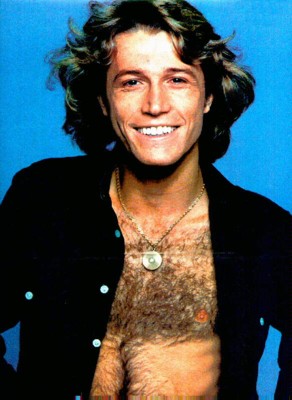 My deepest sympathy to the only surviving brother Barry Gibb.

OMG so many talented people passed away lately! So sad!!
Rest in peace!

kleftokotou wrote:OMG so many talented people passed away lately! So sad!!
Rest in peace!

oh noooooooo to much death RIP .

So sad! I pray that cancer will be erased from the earth very soon!