Thomas Roberts, Mel B. to host Miss Universe 2013 Telecast; Panic at the Disco and EMIN to perform 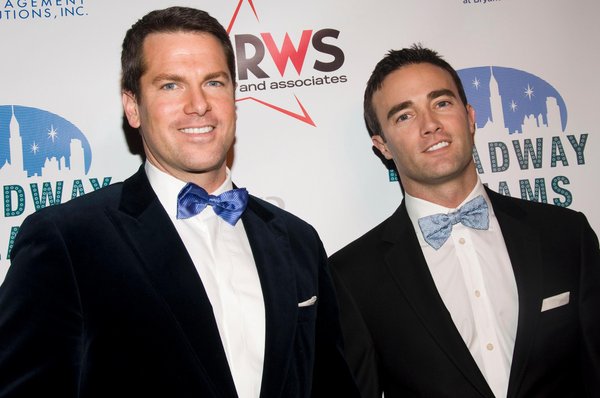 MSNBC’s Thomas Roberts and former Spice Girl Mel B will host the 2013 Miss Universe beauty pageant, NBC announced today. Both hosts hail from the Peacock family, as Roberts hosts “MSNBC Live” and Mel B serves as judge on NBC’s “America’s Got Talent.”
This year’s Miss Universe pageant will be held in Crocus City Hall in Moscow, and the location for the 2013 iteration of the venerable pageant franchise sparked controversy, as Russia had recently unveiled a slate of laws that banned “propaganda of nontraditional sexual relations around minors” and discouraged the public discussion of homosexuality.
The Miss Universe pageant issued a statement in August, noting that the instated Russian laws are “diametrically opposed to the core values” of the org.
Andy Cohen announced in August that he would not return to host the pageant due to these laws, noting that, as a gay man, he “didn’t feel right stepping foot in Russia.” He had previously hosted Miss Universe’s 2011 and 2012 pageants.
Roberts, who is openly gay, took to MSNBC’s website to pen a blog post about his decision to host the pageant in spite of Russia’s anti-gay laws. In it, he writes:
“This November, I will co-host Miss Universe in Moscow partly because it is a huge, visible opportunity for LGBT people. Everywhere…I am just like millions of LGBT people around the world. We are good, regular, hard-working people who come from solid families. So when I heard there was a chance at this assignment I aggressively went after it.”
He continues, “I too am diametrically opposed to these laws and share in the president’s outrage. I am unafraid to say I am proud of my husband and my family—I’m proud of their love for me. I’m proud of the incredible steps forward equality has taken this year…So people may wonder: “Thomas, how can you accept this assignment? Shouldn’t you boycott Russia?” I am not going to boycott.  Boycotting and vilifying from the outside is too easy. Rather, I choose to offer my support of the LGBT community in Russia by going to Moscow and hosting this event as a journalist, an anchor and a man who happens to be gay. Let people see I am no different than anyone else.”
Veteran MISS UNIVERSE commentator, Jeannie Mai, also returns to take viewers behind-the-scenes to engage with contestants, talent and fans throughout the telecast. Mai is best known as the host of Style Network’s two-time Emmy Award-nominated makeover series “How Do I Look?” and is also recognized for her fashion segments on NBC’s “Today.”
Panic! At The Disco is set to perform during the MISS UNIVERSE broadcast. They recently released their fourth studio album, “Too Weird To Live, Too Rare To Die!” which debuted at No. 2 on the Billboard 200 album chart. The album features the single “Miss Jackson (feat. LOLO),” which debuted at #9 on the iTunes Top Singles Chart. Since its release, the official video has reached over 5.5 million YouTube views. The Grammy-nominated group’s 2005 double-platinum “A Fever You Can’t Sweat Out” featured the global smash “I Write Sins Not Tragedies.” Panic! At The Disco is set to tour Europe in November and will embark on a national US headline tour in January.
International recording artist EMIN will also take the stage during the pageant. EMIN spent much of this year traveling the globe promoting his hit single “Amor,” which has already been released in Russia, Great Britain, his native Azerbaijan and is set for wide release this year. The reigning Miss Universe Olivia Culpo is also featured in the popular music video that has had more than 4.5 million views on YouTube since its release. EMIN will debut “In Another Life,” the new single from his upcoming CD, for worldwide release in early 2014.
The 62nd annual Miss Universe Pageant will be broadcast on Nov. 9th internationally at 10 pm local Moscow time (1:oo pm EST) with a delayed telecast at 9:00 pm on NBC, with a Spanish simulcast on Telemundo