Thanks for liking this article. Like PEOPLE on Facebook for breaking news, celebrity pictures, exclusive deals and more! 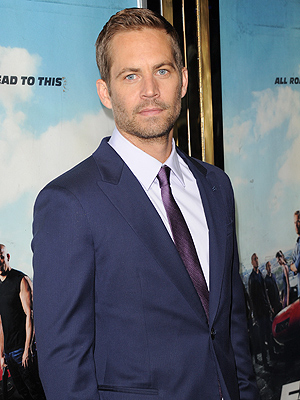 
Paul Walker, star of The Fast and the Furious, is dead, PEOPLE confirms.

The actor, 40, died Saturday afternoon when a car he was in crashed and exploded in Santa Clarita, Calif. The driver also was killed.

"When they arrived, deputies found the vehicle engulfed in flames," the police said in a statement. "The Los Angeles County Fire Department responded, extinguished the fire and subsequently located two victims inside the vehicle. The victims were pronounced dead at the scene."

"This is an ongoing investigation," Deputy Heischuber of the Santa Clarita Valley Sheriff's Station tells PEOPLE. "A solo car crash occurred about 3:30 p.m. in the city of Santa Clarita, on the outskirts of Valencia. A 911 call came in from a bystander."

A Tweet from Walker's verified account later read: "It's with a heavy heart that we must confirm Paul Walker passed away today in a tragic car accident."

At the time of his death, the actor had been "attending a charity event for his organization Reach Out Worldwide," according to a post on his official Facebook page. "He was a passenger in a friend's car, in which both lost their lives. We appreciate your patience as we too are stunned and saddened beyond belief by this news. Thank you for keeping his family and friends in your prayers during this very difficult time. We will do our best to keep you apprised on where to send condolences."


Action Star
Walker was most known for his role as Brian O'Conner in The Fast and the Furious film franchise.

The latest, Fast & Furious 7, costarring Vin Diesel, Jordana Brewster, Tyrese Gibson, Michelle Rodiguez, Ludacris and Dwayne Johnson, had been filming this fall and is scheduled to hit theaters next summer.

The actor was born in Glendale, Calif., in 1973, and appeared on TV in Who's the Boss? and The Young and the Restless as a teen before breaking through to films such as 1999's Varsity Blues and She's All That.


Walker recalled his decision to take the role in Fast and the Furious to Motor Trend this year.

"Universal came to me with a newspaper article about street racing in L.A. and I was like 'Are you kidding me? I grew up doing that right off Peoria in Sun Valley,' " he said. "They asked if I wanted to do it. There wasn't even a screenplay, there was nothing, but I was like ... 'F–– yeah, I want to do it!' "

TMZ was the first to report the news of Walker's death in a car accident.

Walker is survived by a daughter, Meadow Rain, who turned 15 last month. She was at the charity car show, according to an eye witness.

I liked him very much as a actor!

It's very sad that he died taking part in the charity