scotty2hotty wrote:This seems to be an ongoing issue for the MUO. Perhaps they need to lower their fees and make the deal more lucrative for the host country. The year it was hosted in the Philippines, I expected filmed segments of the contestants visiting interesting places. If I remember correctly, there were just a few shots during the opening of the Philippines? Instead of three hours of video vignettes, perhaps cut the show back to 2 hours and focus on the actual competition and the host country.

I agree with you. Many Filipino are disappointed as our country was not introduce well or not much exposure during the final show.

Exactly. In Brazil or Russia we could feel that the show was in a given country. At least when we looked at the stage/background. In Philippines everything looked the same as in Las Vegas in 2015.
_________________

bonner wrote:There are rumors here before that Miss Universe 2017 will be held here in the Philippines on November however the main sponsor Chavit Singson has a statement above writings - if only our government will give financial help.


There is rumor as well that Miss Universe 2017 might be held in Chile? the last time it was held in South America was in 2004 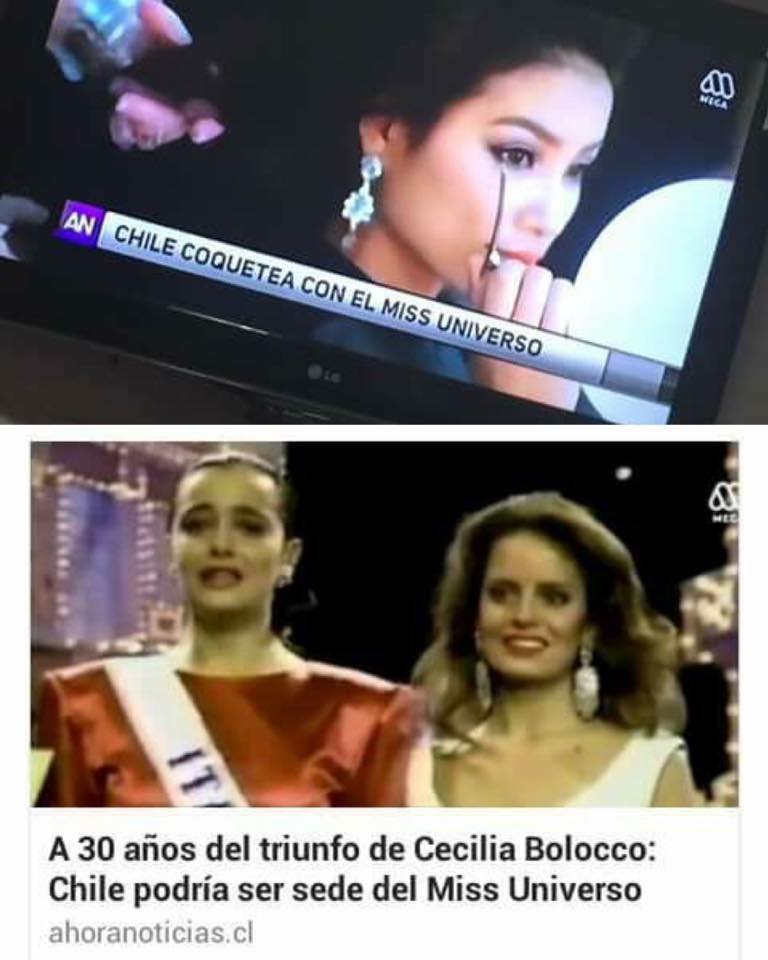 The last time in South América was back in 2011 in Brazil.


I read somewhere as well that it will be held in Shuqualak , Mississippi

There is a buzz on social media that Miss Universe 2017, the 66th edition of Miss Universe pageant, will be held on November 26' 2017 in Phoenix (Arizona), the fifth most populous city in the United States of America.

According to the video below by MV La Nueva Era, the pageant will be held in Phoenix with more than 80 beauties competing for the title. Further, rumours are going on theta the candidates are expected to arrive in Phoenix between November 1st and 5th, where they will start off the pre-pageant activities. Preliminaries are also rumoured to be scheduled November 21st/ 22nd.

If Phoenix will became true, then it would be Phoenix Symphony Hall, the venue of Miss Teen USA 2017?

As long as it will be held this year!

It seems that it will be Las Vegas again.

Farah Vavaihan wrote:As long as it will be held this year!

They read in my mind

This will be the fourth time in last 8 years and sixth time overall that the pageant will take place in Vegas.

Iris' reign will be the shortest ever. Previously the shortest reigns belonged to Zuleyka and Barbara Palacios with 10 months and 5 days. There was never shorter reign than 10 months until now.

Wojtek wrote:Iris' reign will be the shortest ever. Previously the shortest reigns belonged to Zuleyka and Barbara Palacios with 10 months and 5 days. There was never shorter reign than 10 months until now.

I hope that the next reign will be also shorter than 12 months and step by step we will back to Miss Universe held in the summer.

I hope that it will be summer editions again, years ago there were even spring editions , in may. 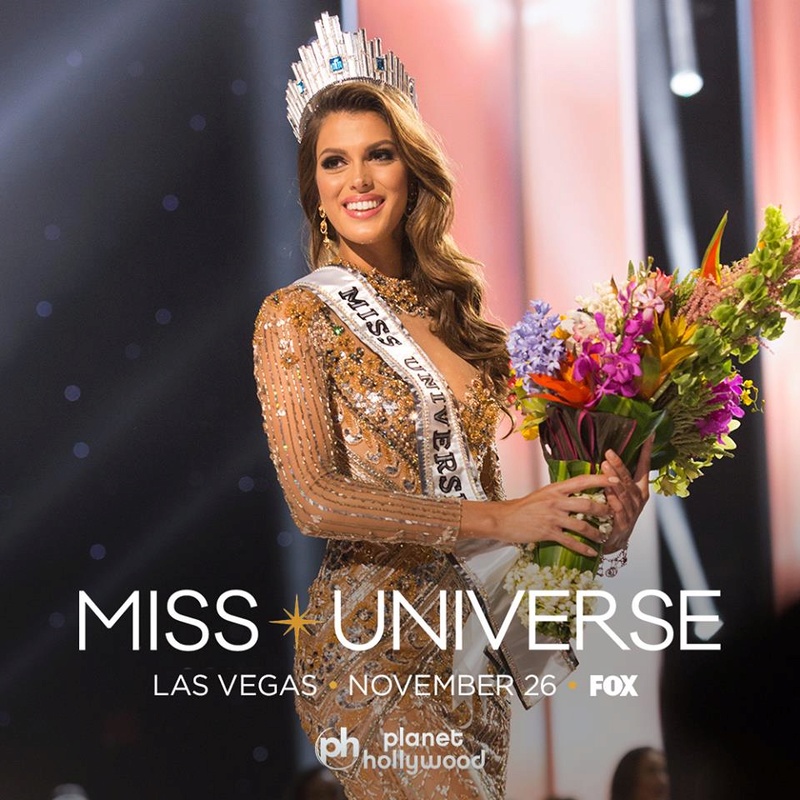 Hmmmm So that would be November 27 (Philippines Time). I will be on vacation on November so I can't watch it live on TV or Livestream - I think I can only check the live updates here at Pageant Mania or Facebook.


Well we need to check each candidates story - this is all about having a good background or story.


I heard Indonesia is having her training here in the Philippines with the help of Aces & Queens rival camp of Rachel Peters. They might used her story being a Muslim


Some of the Candidates Background


Thailand -  Thai-Swedish actress, model, singer. At age 2, she moved to Hanoi, Vietnam with her family and back to Bangkok with her family again when she was 7 years old. At age 14 she began to train as a model for Bangkok Elle Magazine. After she graduated Bachelor's Degree from the Netherlands, she later attended the Stockholm Business School for her Master's Degree within the Stockholm University and is a graduate of international business commerce. Ehren speaks both Thai and English language fluently, a little Swedish and Mandarin Chinese.


While residing in Sweden, Ehren first worked as an English teacher, followed by a brief career as a music jockey, and then worked as a head of marketing committee in Erasmus Student Network in Rotterdam, Netherlands. In 2014, Ehren returned to Thailand to work for Broadgate Financial, where she advanced to managerial duties in digital marketing. In August 2016, Ehren posed for Thailand's Vogue magazine


Spain - . She studies International Relations and speaks English, French and German. It has a great oratory and a difficult walkway to overcome.


Venezuela - Sayago enjoys reading, outdoor activities, animals, cooking and studying. She is a Mechanical Engineer of National Experimental University of the Armed Forces in Los Teques, Miranda where she lives. She is a dedicated, spontaneous and responsible woman. For her, being a Miss means to be a comprehensive, healthy, friendly and dedicated to each activity, a worthy representative of her country, even though it comes from a humble family and low-income. Keysi is the third Afro-Venezuelan women to win the Miss Venezuela title in the history.


South Africa - Demi-Leigh Nel-Peters is from Sedgefield and is a student of business management and entrepreneurship and manages her studies with part-time modelling at Boss Models and Vision Management. She was selected as the Deputy Junior Mayor of the George City Council. As a hobby, she loves to be creative and enjoys making handmade cards. She imbibes strength from her disabled sister and feels that she is her motivation.


Russia - Alexandrova was born in Moscow. She studying at the Plekhanov Russian University of Economics.


Puerto Rico - Hernández was born in San Juan, Puerto Rico. She is a model and also studies in the Department of Communications, Public Relations and Marketing at the University of Puerto Rico


Philippines - Peters was born in Bahrain to parents Nigel Peters and Annie Obregon. Her father is British while her mother is Bicolana. She has a younger brother named Daniel. Peters graduated from the British International School, Phuket in Thailand with an International Baccalaureate degree, and earned her bachelor's degree in business, tourism, and events from La Trobe University.

Peru - Howard was born in Piura but she grew up in Lima. She studied and graduated in Human Resources and Business Administration in Universidad Peruana de Ciencias Aplicadas.
_________________

I´m wondering if the pageant will take Place in Vegas after the terrible act of violence that just happened there? My prayers for all affected.

eja wrote:I´m wondering if the pageant will take Place in Vegas after the terrible act of violence that just happened there? My prayers for all affected.

Indeed it was a very sad news. And it was held in Mandalay Bay Resort right? I think the show must go on and I heard the suspect is dead.

Steve Harvey is set to return as host for the upcoming Miss Universe competition.

Yeah. I miss to see a hunk or sexy actor like Mario Lopez in 2007

Mario Lopez was an excellent presenter and very charismatic. Steve Harvey is boring and I don't find his humor very funny. I wish they would get presenters like Mario Lopez back too.
_________________