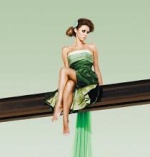 Was finall able to see all the interviews. My favorites are Italy, Germany, Egypt, and Bulgaria, and Czech Republic. I think these 2 were best: Lebanon and Ireland. Lebanon seems humble and friendly. Ireland seemed very natural...almost as if he were sitting chatting with a friend. Costa Rica did ok, Norway too. Croatia was funny! This is a difficult pageant to call as it seems Julia pretty much selects the winner.

This morning, six Mr World contestants; Netherlands, Kenya, South Africa, Brazil, Kazakhstan and Korea were invited to SBS television studios in Seoul for filming of the next episode of Star King, one of Korea’s most popular entertainment shows.

The contestants were invited on Star King to showcase their talents and give the Korean public a sneak preview of what to expect on March 27 at the Mr World Final.

The six contestants burst onto the stage to Ricky Martin’s Livin’ La Vida Loca and the crowd went wild. There were many celebrity guests including famous Korean girl idols T-ara and FX and pop artist Nancy Lang.

There were also three performances from the Mr World Talent Final. Talent champion Korea performed his winning song ‘Just Once’ on the show, Kazakhstan performed the Nomad warrior routine and Kenya performed his slow motion dance. Netherlands showed the audience how to cat walk model before being interviewed with Brazil, and South Africa wowed the audience and celebrity guests with his six pack stomach muscles.

When Kazakhstan came onto the stage he immediately challenged the host, Kang Ho Dong, who was a former Korean Sumo wrestler. After exchanging insults, Kazakhstan, who is 199cm tall, ended up wrestling the TV host and pinning him to the ground.

Afterwards they shook hands and Kazakhstan lifted the 150 kilo presenter onto his shoulders. When he did this the noise level went through the roof – the audience couldn’t believe what they were seeing as no one ever expected to see Kang Ho Dong lifted up. Kazakhstan said ‘It was a great experience being on the show. We also got to meet the smallest man in the world which was a great highlight’.

The Mr World Star King episode will air on SBS 1 on March 27 at 7pm. 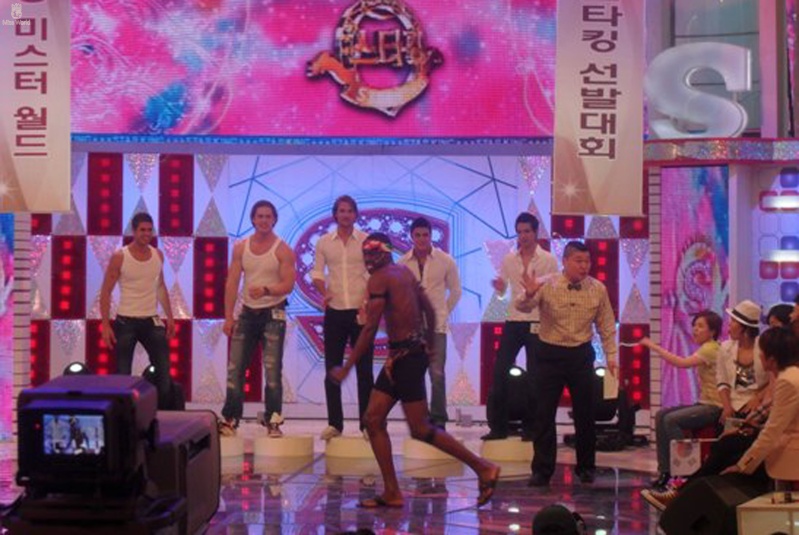 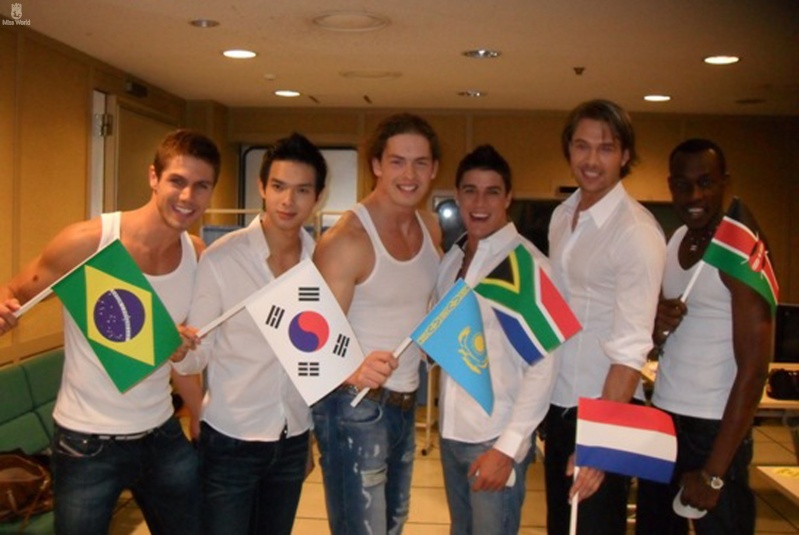 The Mr World contestants are rehearsing for the Andre Kim Fashion show which takes place tonight at the Hyatt Regency Hotel, Incheon.

Andre Kim has been in fashion design since 1962. At the age of 27 he opened "Salon Andre" in Sogong-dong, Central Seoul, becoming Korea’s first male fashion designer. In 1966 he became the first Korean to hold a fashion show in Paris. He would later go on to hold many other fashion shows in New York, Washington DC, Barcelona, Cairo, Sydney and Beijing.

The designs of André Kim combine classical designs with futuristic elements and our Mr World contestants are in for a treat wearing these incredible tailored outfits tonight. The show starts at 7.30pm at the Hyatt Regency, Incheon. 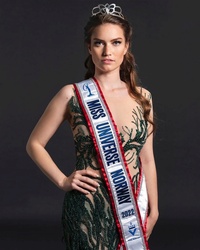 i think they are going for a huge surprise lol...... 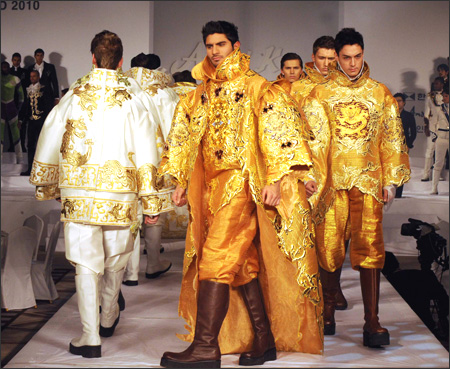 Participants of the Mr World 2010 contest walk the runway while wearing creations by iconic Korean designer Andre Kim, for a charity fashion show at the Grand Ballroom, Hyatt Regency Incheon, Tuesday afternoon. Proceeds from the event, which was held Tuesday evening, will benefit the International Vaccine Institute. / Korea Times Photo by Cho Young-ho

Mr. Peru is so lovely

though out the past days -By MR. PERU

ps: its official someone pack and send Netherlands to me.......

The next semifinalist of Mr. World 2010 is BRAZIL, who just won Mr. TOP MODEL award!

The next fasttrack - Mr. World Sportsman - will be held tomorrow! 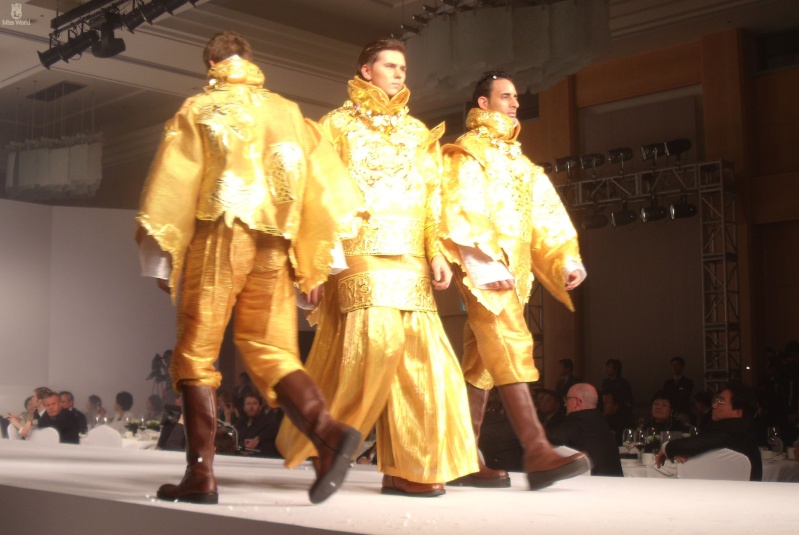 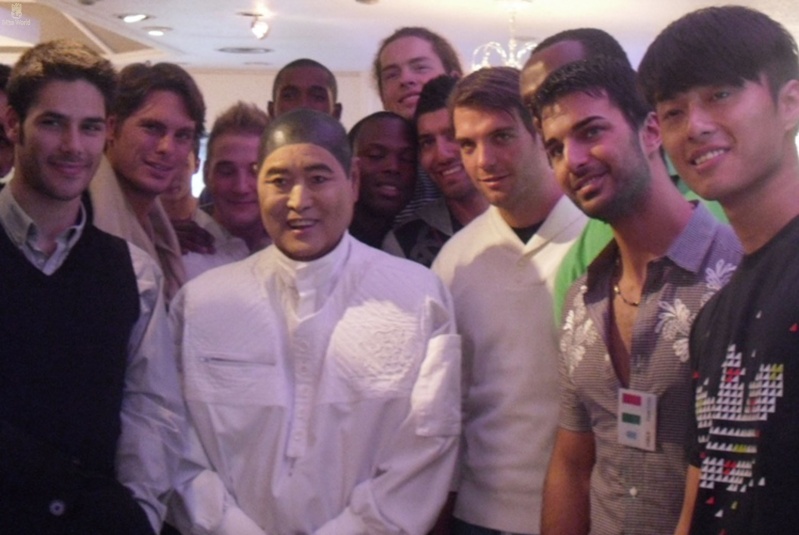 I like the top 3....especially with Mr Netherlands in third place......... Im surprised Italy,Greece,Turkey,Croatia,Azerbajan,Ireland,Belgium are not in.Im satisfied for Germany and Cyprus.

ps:i know i might be minority but Martin Martinov is great up to the point i see his teeth.....

I like the top 3....especially with Mr Netherlands in third place......... Im surprised Italy,Greece,Turkey,Croatia,Azerbajan,Ireland,Belgium are not in.Im satisfied for Germany and Cyprus.

ps:i know i might be minority but Martin Martinov is great up to the point i see his teeth.....

I have to say, the guys look absolutely great with those costumes

OMG Apart from the top 3 how did the others place in the Top 20.

Some pictures from Mr Serbia: