* Bulgaria - The Miss Bulgaria Organization will not compete Miss Universe 2010 for lack of sponsoring in the country.
* Cayman Islands - On September 8, 2009, it was announced that the Miss Cayman Islands 2009 contest would not take place due to lack of funding and sponsorship. Since the winner of the said contest also competes in Miss World, there was no Caymanian representative to Miss World 2009 either.

hope thAT azerbaijan can participate this year 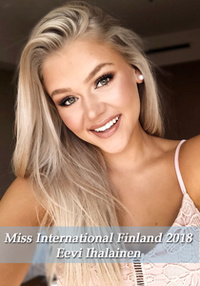 im surprised too...miss iceland is no longer on the list..as well as here?...

as of now..only bulgaria and cayman is. withdraw ...then why iceland is not on the list?

83 countries will participate in Miss Universe 2010

I was hoping for a contest with ALL 5 Nordic countries!!!