A recount of the Miss Bahamas Universe pageant is to be done after claims that Kia Sherman won the contest because she is the singer in Visage, the band of Obie Pindling.

Certain families, friends and fans of the other 16 contestants reportedly alleged that judges were biased toward Sherman because she is in the band of the son of the father of the nation, the late PLP PM Sir Lynden Plndllng.

They further claimed that certain judges of the contest are regarded as diehard PLPs. And that's why Sherman and Ife Bethel Sears - daughter of PLP Miss MP Alfred Sears - were voted winner and first runner-up respectively. Lawyer Pindling, 48, is the keyboard player in his band Visage.

[NOTE: A few years ago, Obie allegedly murdered an ex-girlfriend of his, Joy Cartwright. Corrupt senior officers of the Bahamas police force did not arrest him for the crime because Obie's mum, wife of the corrupt former PM Lynden Pindling, allegedly told them not to.]

Ministry of Tourism officials cancelled a press conference Tuesday to announce Sherman, 25, as the new Miss Bahamas. A press conference is scheduled on Friday to explain that the judges have been asked to conduct a recount in view of the protests over Sherman's win.

Miss Bahamas will compete in the Miss Universe pageant set for Atlantis on PI in August. Only nine of the 12 judges reportedly showed up for the pageant at the Crystal Palace Casino on Sunday. Among the judges were Cyprianna McWeeney, wife of ex-PLP Attorney General Sean McWeeney, and Zelena Maynard. Many fans thought Enna Thomas or Amanda Appleyard deserved to win.

Outgoing 2008 Miss Bahamas Sasha Scott snubbed this year's pageant. Sasha declined to attend the pageant to hand over the crown to the new Miss Bahamas, as is normally done. Instead, 2008 first-runner-up Garnell Storr crowned the new Miss Bahamas. Sasha was reportedly upset with pageant organiser Gaynell Rolle, daughter of ex-numbers boss Theo "Mr T" Fritz. Sasha was angry after allegedly not receiving most of her prizes. This year saw the best-ever line-up of Miss Bahamas contestants. Organisers upgraded the girls after Donald Trump, owner of the Miss Universe franchise, told Ms Rolle that she needed to send "a better calibre" of Miss Bahamas girls to his Miss Universe contest.

The furor surrounding the results of the Miss Bahamas pageant continues with a judge claiming that five out the nine officials had voted in favor of another contestant.

Speaking with The Tribune on the condition of anonymity, the judge yesterday claimed the five voted overwhelmingly in support of Amanda Appleyard, and not Kiara Sherman, who was crowned Miss Bahamas on Sunday night. Reportedly, officials at the event claim that Ms Sherman's results were far higher than any other - a claim some judges are finding hard to believe.

Allegedly in the lead up until the pageant, Ms Sherman was reported to be 150 points ahead of any other contestant following the preliminary rounds. While the judge questioned the authenticity of this assessment, they also questioned how preliminary results, which they claim should not have been included in the totals on the pageant night could possibly have been used.

"The Miss Universe pageant requires that all preliminary scores are discarded once the
finalist are chosen, However, there is now a suggestion that all the scores were used cumulatively. If this is so, then why this change from the Miss Universe rules?" they asked.

Additionally, the judge questioned who actually had carriage of the preliminary scores which were collected from the judges before they were handed into the accounting firm of Deloitte and Touche.

"If these preliminary scores were not handed to them until the pageant that night, who knows what could have happened to those scores. Were all the judges including the preliminary judges invited to view their final scores after the pageant?

"Also, about three days before the final pageant night, two prominent judges were removed from the event, and replaced with two judges who did not even interview the girls on a one an one basis," the judge said.

Since Miss Bahamas was crowned, she has been the blunt of vicious attacks online through networking websites and in emails.

The Miss Bahamas Committee is set to hold a press conference today to answer these attacks and other questions that have arisen following the pageant.

unbelievable....i think there is basis on the speculations this time. cause the result....doesnt make any sense.......and the obvious front runners didnt even finnish close to the title.Recount now!!!
_________________
Gone Baby,Gone

triniusacutie wrote:yes it had to have been rigged for her to win she is not stunning at all

I believe it is....however, the miss universe organization asked to see the results and they have confirmed that she is the rightful winner....Well I'll tell ya this...I watched the pageant and the results were not computed and they were on pieces of paper with handwriting...so of course the results are rigged and they "fixed" them before the sent it to MUO....so we are STUCK with this girl....Like I said....NO PLACEMENT FOR MISS BAHAMAS BOTTOM LINE!!!!!! 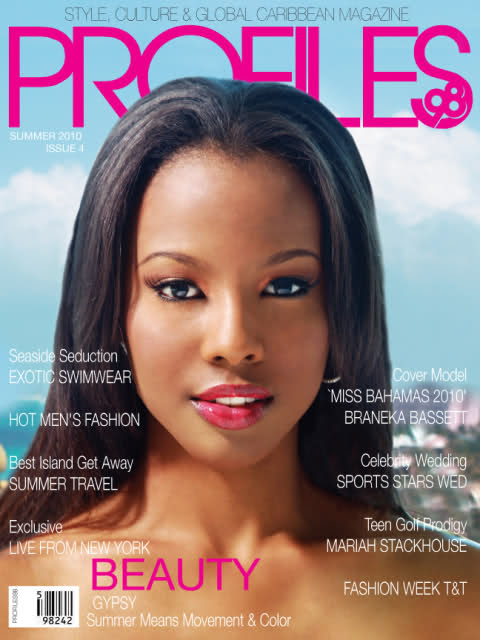